Shanghai Greenland Shenhua head coach Cui Kangxi said at the pre-match press conference against Guangzhou R&F: “The players are not inferior to R&F in spirit; Moreno’s injury is not optimistic.” 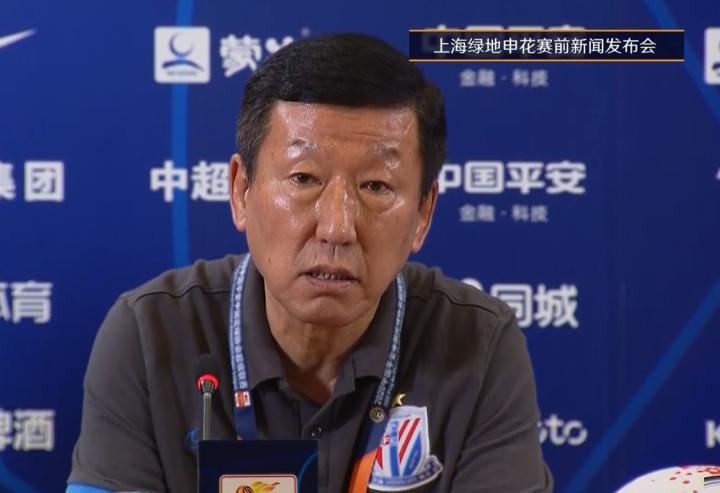 "Although we have not lost much now, we have not won many victories. There are many difficulties, but the players have always worked hard and want to play their own things. We have two games left, especially tomorrow's game against us. It is very important to say that I hope to make tactical and reasonable arrangements. I also believe that the players can play well and play this game well."

"We have played against them in leagues and cups, but there are indeed some of our tactical arrangements that have not been played out, so we need to make some changes. But at the same time, at this stage, both us and R&F have a lot of injuries. Illness is more to see who can fight to the end. Our players will never be inferior to R&F at the spiritual level. They must be fine."

"Indeed, physical fitness is the most important issue. We also considered the lineup of this game after the last game. But now it's a critical moment for fighting."

"Moreno's situation is not very optimistic. The other two players have to observe today's training situation."

"I still think that I must win. Only when I win, can I have a more comfortable mentality in the next game. So whether it is me or the players, all I want to do now is to win the game."

"There is not much information at the moment, because he has not been with the team for a long time and has not spent much time in tactics, so our focus is to use existing players to play the game."